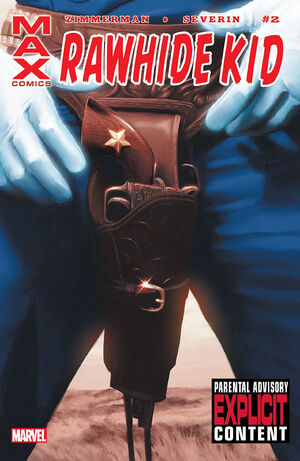 Welcome to the Cisco Pike Gang. As you know, we're gonna be taking Wells Junction. We'll be robbing the bank, raping and pillaging, then killing everyone over seven -- and there's an extra fifty dollars for the man kills the Rawhide Kid.

Retrieved from "https://heykidscomics.fandom.com/wiki/Rawhide_Kid_Vol_3_2?oldid=1450868"
Community content is available under CC-BY-SA unless otherwise noted.