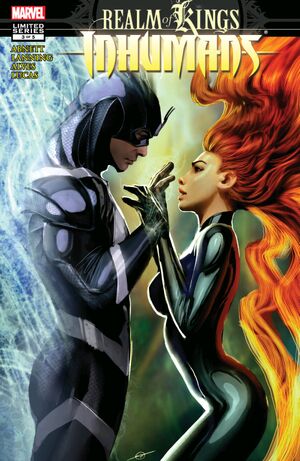 Appearing in "Weapons of Mass Distraction"Edit

It’s chaos in the streets of Hala as the Kree aristocracy rise up and revolt against the Inhumans! What legendary weapons have been unleashed upon the Royal Family? Meanwhile, in The Fault, Triton’s expedition closes on the source of a mysterious and chillingly recognizable voice...have they found Black Bolt?

Retrieved from "https://heykidscomics.fandom.com/wiki/Realm_of_Kings:_Inhumans_Vol_1_3?oldid=1450958"
Community content is available under CC-BY-SA unless otherwise noted.