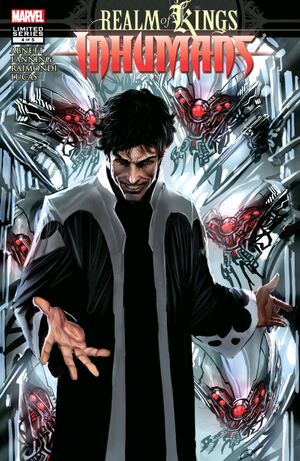 Appearing in "Devices and Desires"Edit

No one ever told the Inhumans that ruling the Kree Stellar Empire would be easy, but this is ridiculous! Assailed from all sides by threats foreign and domestic, the Royal Family battles to maintain order and retain the throne. But are they all pulling in the same direction? The power plays begin, the cracks start to show and the dynasty detonates!

Retrieved from "https://heykidscomics.fandom.com/wiki/Realm_of_Kings:_Inhumans_Vol_1_4?oldid=1726565"
Community content is available under CC-BY-SA unless otherwise noted.