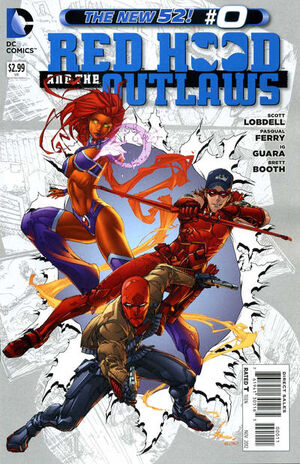 Appearing in "Everyone Has to Start Somewhere"Edit

Synopsis for "Everyone Has to Start Somewhere"Edit

Synopsis for "The Man Who Created Red Hood"Edit

One day, while Jason Todd was being questioned in jail over his father's cons, the Joker spotted him and, feeling as though Batman needed to replace the old Robin, he conspired to make Jason that replacement.

He had Willis Todd arrested and sent to prison. Without much effort, he managed to get Catherine Todd to appear as though she had overdosed on drugs, when in fact he had given her the extract of a rare flower that mimicked such a death - then he retrieved her body from the morgue.

After Jason was beaten up, he collected the boy up and took him to Leslie Thompkins, knowing she would become like a new mother figure to him. Before long, Jason was under the wing of the Batman as the newest Robin.

Of course, he had then further conspired to have Jason discover his mother was still alive, find her, and then be killed, all for the sake of tormenting the Batman. Catherine would visit his grave, but neither she nor the Joker were aware that Jason would one day come back as the Red Hood.

Retrieved from "https://heykidscomics.fandom.com/wiki/Red_Hood_and_the_Outlaws_Vol_1_0?oldid=1661016"
Community content is available under CC-BY-SA unless otherwise noted.