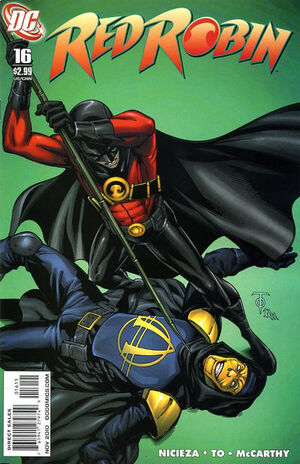 At the end of the day, I have to accept that I can control everything...except the things I can't control

As Tim looks into his old apartment, he see's a young couple with an infant dressed in Superman pajamas and a Flash doll

Retrieved from "https://heykidscomics.fandom.com/wiki/Red_Robin_Vol_1_16?oldid=1502434"
Community content is available under CC-BY-SA unless otherwise noted.