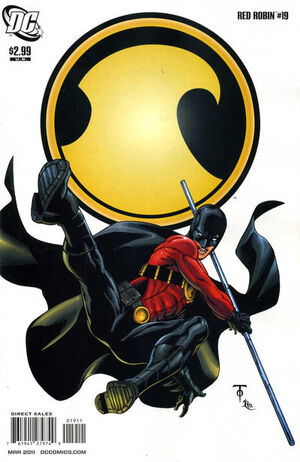 You have no heart. And for the record-- A is for ANARKY!

Appearing in "The Rabbit Hole, Part Two: Caught in the Üntertow"Edit

Synopsis for "The Rabbit Hole, Part Two: Caught in the Üntertow"Edit

Trapped in the Ünternet, Red Robin, Tam Fox, Anarky, and Promise find an imaginary world where fancy becomes reality. Well, mostly the sort of fancy that involves shooting your enemies in the head...

Retrieved from "https://heykidscomics.fandom.com/wiki/Red_Robin_Vol_1_19?oldid=1456083"
Community content is available under CC-BY-SA unless otherwise noted.