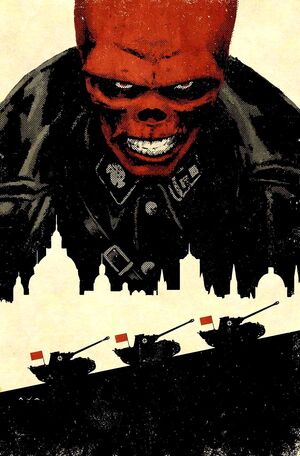 History, destiny, and tragedy collide, as young Johann Schmidt reaches his apotheosis...and the Third Reich climbs to the regrettable heights of its terrible power. A tremendous evil is unleashed on the world, and humanity will never be the same for it again. A powerful and sobering story of human evil reaches its chilling conclusion, by Greg Pak (MAGNETO: TESTAMENT) and Mirko Colak (SECRET WARRIORS).

Retrieved from "https://heykidscomics.fandom.com/wiki/Red_Skull_Vol_1_5?oldid=1450979"
Community content is available under CC-BY-SA unless otherwise noted.