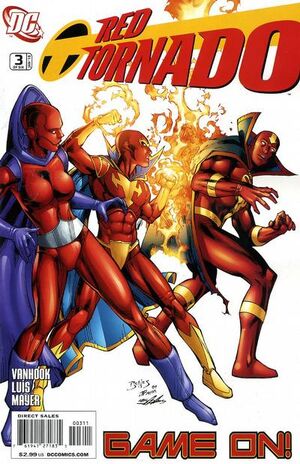 In one day, I've gone fom being only one of my kind...to being a member of one very, very bizarre family.

Red Tornado, after finding out he is not the only one of his kind, searches for Red Volcano. Joined by Red Torpedo, they arrive at disater area made by Red Volcano when fighters and Apaches arrive...

Retrieved from "https://heykidscomics.fandom.com/wiki/Red_Tornado_Vol_2_3?oldid=1456105"
Community content is available under CC-BY-SA unless otherwise noted.