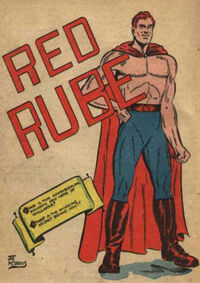 Reuben was orphaned at a very young age and was sent to an orphanage to grow up. He later escaped and ran-away from the orphanage and found an old castle and hid out there. However, the castle was haunted by ghosts of his ancestors, who used to own the castle at one point, all of whom shared the same name as the boy and wanted to help him.

Rueben later became a reporter for the Daily Sun.

Retrieved from "https://heykidscomics.fandom.com/wiki/Reuben_Reuben_(Earth-MLJ)?oldid=1611906"
Community content is available under CC-BY-SA unless otherwise noted.