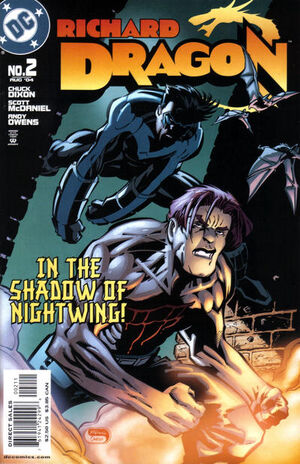 Are you still seating for dinner?

The Circle of Six arrive in Bludhaven.

Bronze Tiger and Richard Dragon go to a Chinese restaurant and confront half of the Circle of Six: Kitty Kumbata, Wam Wam and Hwa Rang. The other three of the six arrive and begin fighting. Then Nightwing shows up and the party really begins.

Retrieved from "https://heykidscomics.fandom.com/wiki/Richard_Dragon_Vol_1_2?oldid=1456190"
Community content is available under CC-BY-SA unless otherwise noted.