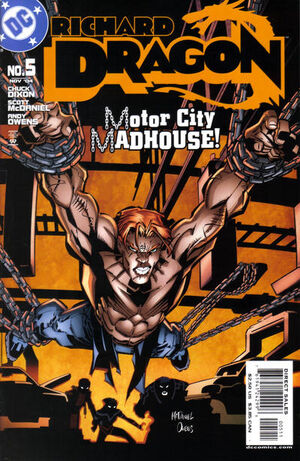 Ben and Dragon go after the Circle of Six. They arrive and fight four of the Six.

The other two of the Six and Lady Shiva wait for Dragon at his apartment.

Retrieved from "https://heykidscomics.fandom.com/wiki/Richard_Dragon_Vol_1_5?oldid=1456193"
Community content is available under CC-BY-SA unless otherwise noted.