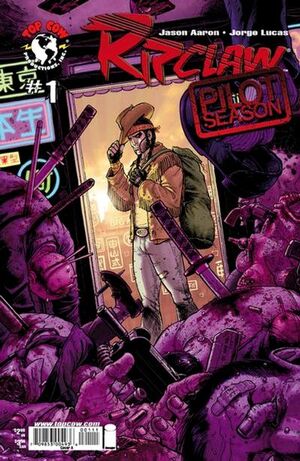 To kill the Yakuza kingpin called Boss Yamamoto, you'd have to fight your way through level after deadly level of his secret fortress, past an army of gun-toting thugs and sword-wielding assassins. No one has ever been foolish enough to try. Enter Ripclaw. The fan-favorite character returns to the spotlight as dangerous as ever and fighting as if hell is at is his back.

Retrieved from "https://heykidscomics.fandom.com/wiki/Ripclaw:_Pilot_Season_Vol_1_1?oldid=1475197"
Community content is available under CC-BY-SA unless otherwise noted.