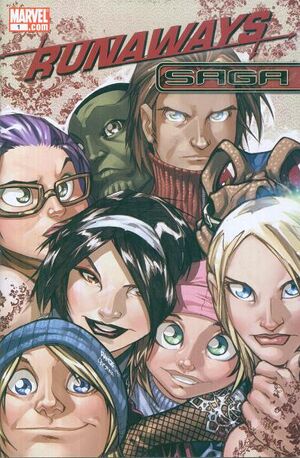 Appearing in "Runaways Saga as told by Molly Hayes"Edit

Synopsis for "Runaways Saga as told by Molly Hayes"Edit

As the Runaways travel across the country, Nico discovers Molly's diary, detailing the group's journey from its inception until the present.

Retrieved from "https://heykidscomics.fandom.com/wiki/Runaways_Saga_Vol_1_1?oldid=1451269"
Community content is available under CC-BY-SA unless otherwise noted.