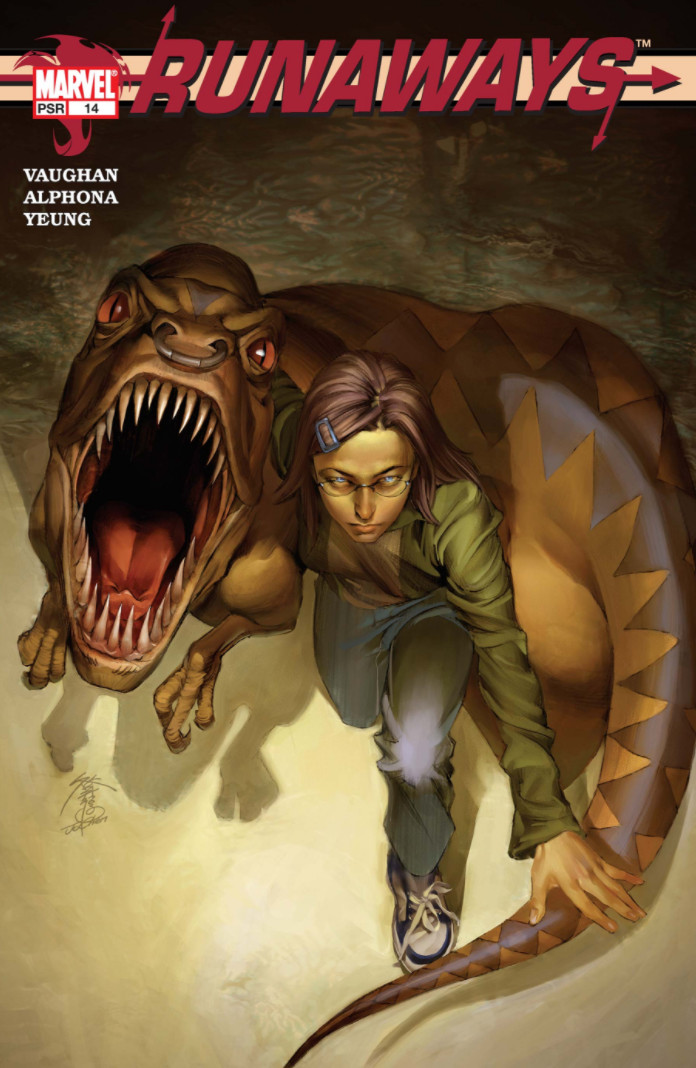 The Gibborim hate humans for what they've done to this planet, right? Well, the four of us and our two children are the only six non-humans the big boys can take. I'm sure they'll applaud our initiative.

Victor Stein visits the Wilder Residence to discuss the Rite of Thunder, which the Pride will have to perform that night, with Geoffrey Wilder. Victor says he finds the practice pointless without the chance for their offspring to inherit the Gibborim's paradise. Mr. Stein reminds Mr. Wilder that the Pride's motivation for accepting the Gibborim's offer and suggests forgetting their offspring for their own benefit. Mr. Wilder threatens Mr. Stein for even suggesting the notion of betraying his own son, but Victor reveals that he was actually testing his loyalty toward his son and receives word from the police radio that the LAPD has found the Runaways in Bronson Canyon.

As a last resort for escaping from the police, Nico caves in the Hostel using the Staff of One and Karolina protects her team from the falling rubble while Molly digs out an escape route. Mr. Wilder and Mr. Stein investigate the rubble with a rescue team only finding Lieutenant Flores. As payment for letting the Runaways escape, Mr. Wilder shoots the lieutenant and threatens to give the other police the same gift if they cannot find the runaway children in less than twelve hours. The Runaways stop on Mount Lee behind the Hollywood sign to rest and plan how they would ambush the Pride during the Rite of Thunder that night. The Deans and Minorus plan to betray the other members of the Pride also during the Rite of Thunder and take their own children to complete the six.

Retrieved from "https://heykidscomics.fandom.com/wiki/Runaways_Vol_1_14?oldid=1451293"
Community content is available under CC-BY-SA unless otherwise noted.