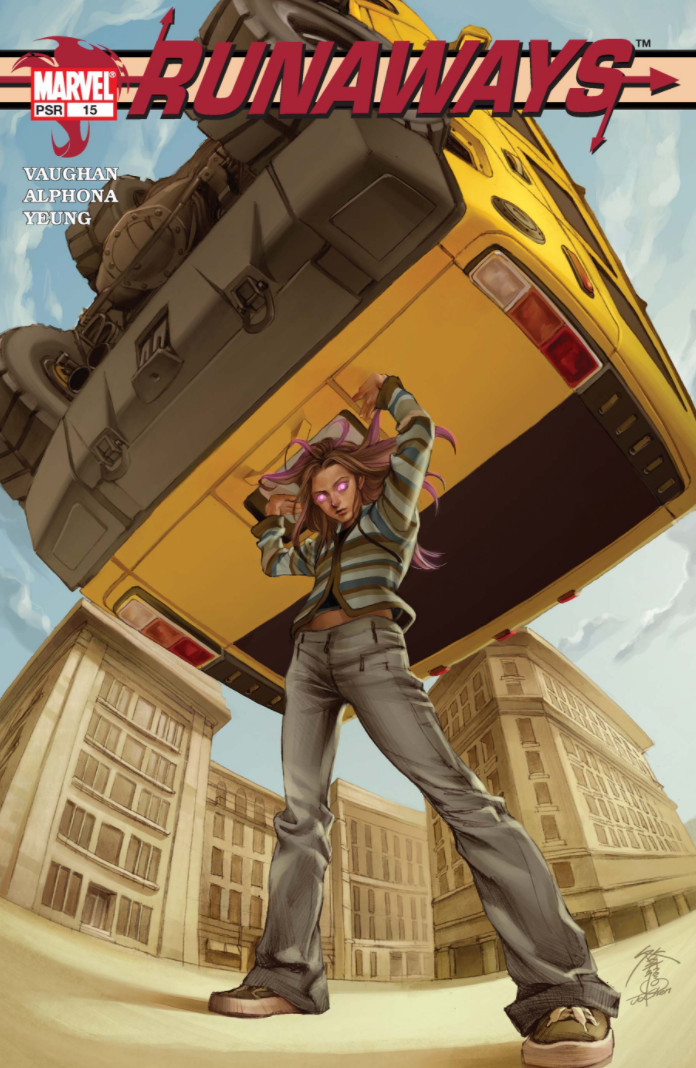 I'll handle this Thing wannabe. After all, there's only one way to deal with a lame Fantastic-Four rip-off... FLAME ON!

The Pride and the Runaways travel under the sea to the Gibborim's Marine Vivarium for the Rite of Thunder ritual. A sentry ambushes the Runaways, forcing Chase underwater while the other Runaways fight to save their teammate. Alex finds the Pride's password "philoprogenitiveness" to shut down the Gibborim's protector. Gert pulls Chase out of the water, announcing that he has lost his pulse and is no longer breathing.

Retrieved from "https://heykidscomics.fandom.com/wiki/Runaways_Vol_1_15?oldid=1451294"
Community content is available under CC-BY-SA unless otherwise noted.