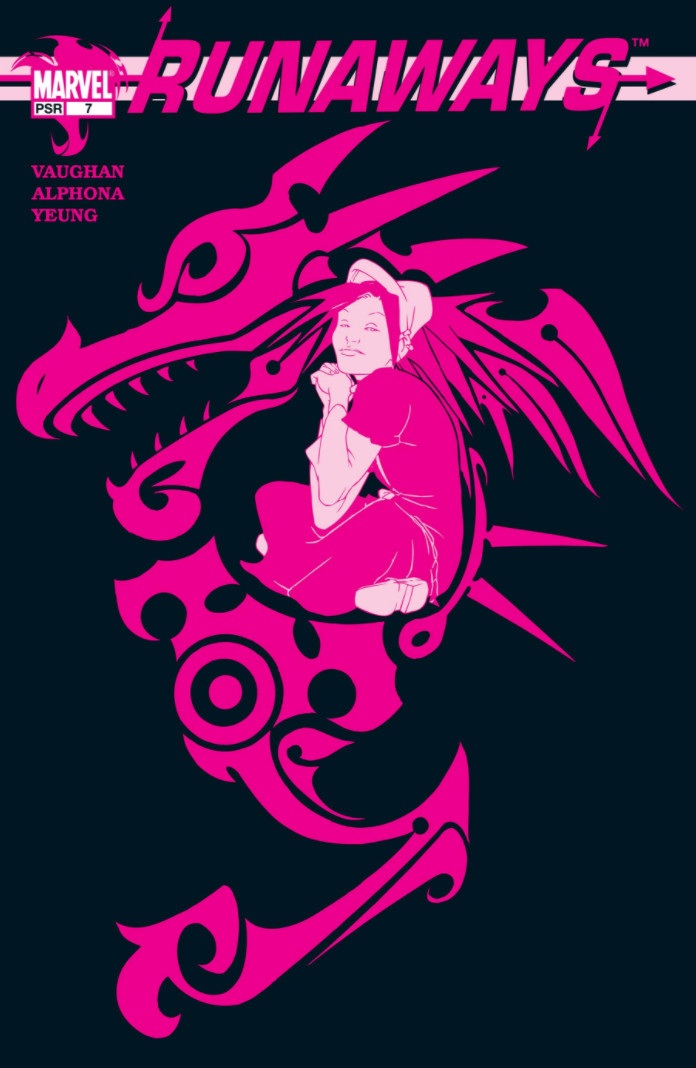 The Pride members explain to Frank Dean how their offspring has turned on them and formed their own team.

Meanwhile in the Runaways' base, Chase Stein tells Alex that he switched license plates so that the police can not find them. Nico shows up and tells them that she has lost the Staff of One. Alex tells her that she somehow "absorbed" the Staff the last time she used it.

The team goes to the local Circle A to get some dinner. However, they find a robbery in progress. Nico cuts herself to let the Staff of One emerge from her chest. Nico tries blinding the robbers with her bright light. Nico runs in and tries freezing the robbers, but instead summons pelicans. While two of the robbers run away at, Chase captures the younger robber named Topher and unmasks him. Topher says his evil parents parents forced him to rob the store. Alex welcomes Topher into the team.

Retrieved from "https://heykidscomics.fandom.com/wiki/Runaways_Vol_1_7?oldid=1451286"
Community content is available under CC-BY-SA unless otherwise noted.