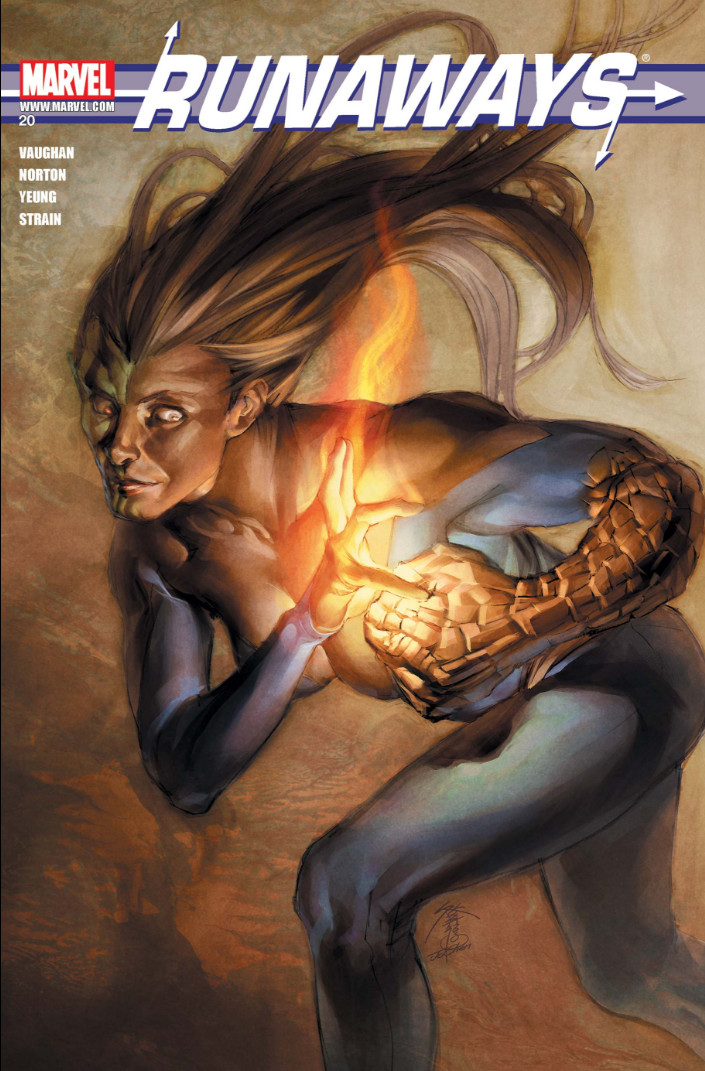 The Runaways are locked in a failing battle with the giant monster. Meanwhile, Chase Stein and Old Lace, who is now owned by Chase, confront Lotus), saying that they need to hire her. Nico uses the Staff of One to inject Molly with caffeine to finally knock down the monster. Chase tells Lotus that he is using the Gibborim to resurrect Gert and he is creating a new Pride called the Fall. Chase tells Lotus to burn the Abstract, but takes several pages and rejoins the Runaways. The monster gets back up.

Retrieved from "https://heykidscomics.fandom.com/wiki/Runaways_Vol_2_20?oldid=1451317"
Community content is available under CC-BY-SA unless otherwise noted.