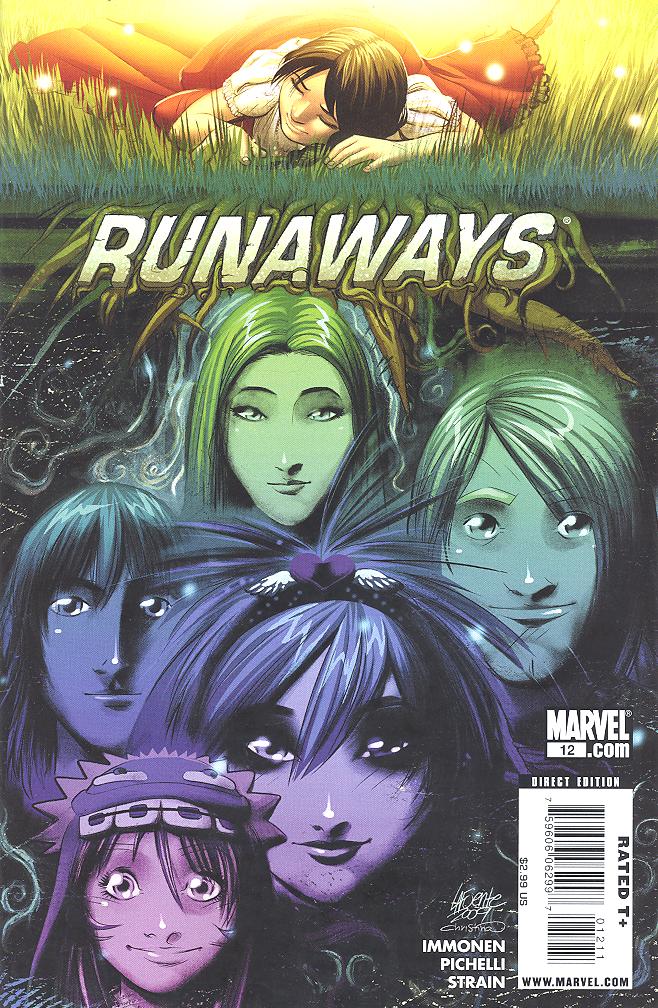 The last time I saw my uncle it was in my rearview mirror and he was lying dead in the road. And I know he was dead. Because I killed him.

Nico attempts to calm a raging Klara, but her use of tranquilizing magic doesn't go over well with Molly, who is reminded of her own parents' abusive use of telepathy. Meanwhile, Victor and Karolina try to reason with Chase, who has literally lost his better half and thus thinks that a less gentle solution to the team's sudden weed problem might be in order. Meanwhile, the house gets some not-so-welcome guests.

Retrieved from "https://heykidscomics.fandom.com/wiki/Runaways_Vol_3_12?oldid=1451339"
Community content is available under CC-BY-SA unless otherwise noted.