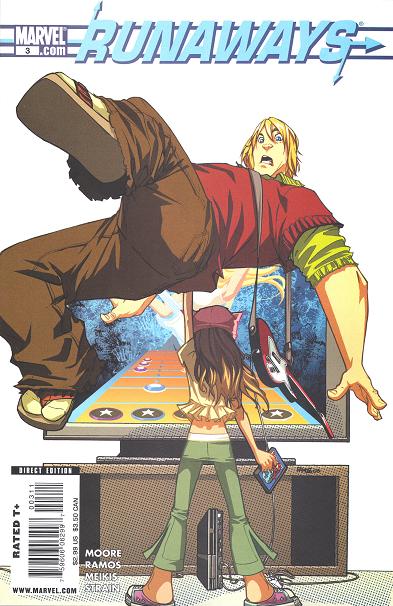 The Runaways are more scattered than ever! Barely surviving an attack by some of the few remaining members of Karolina’s alien race, the Runaways need to pull it together to be ready for the alien warriors when they get back. But it’s looking bleak! Brought to you by comic legend Terry Moore (Strangers in Paradise) and Humberto Ramos (X-MEN, SPIDER-MAN).

Retrieved from "https://heykidscomics.fandom.com/wiki/Runaways_Vol_3_3?oldid=1451330"
Community content is available under CC-BY-SA unless otherwise noted.