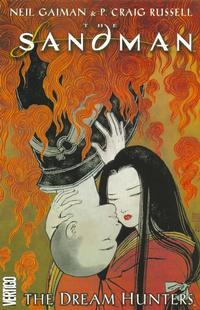 Nothing is done entirely for nothing. Nothing is wasted. Take what you have learned and move on.

Retrieved from "https://heykidscomics.fandom.com/wiki/Sandman_The_Dream_Hunters_Vol_1_4?oldid=1456659"
Community content is available under CC-BY-SA unless otherwise noted.