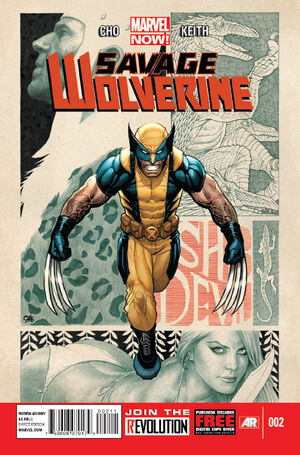 Heh. You know, you're shorter than I imagined. I always figured you're a tall guy like that actor, Hugh Jackman.

Retrieved from "https://heykidscomics.fandom.com/wiki/Savage_Wolverine_Vol_1_2?oldid=1481345"
Community content is available under CC-BY-SA unless otherwise noted.