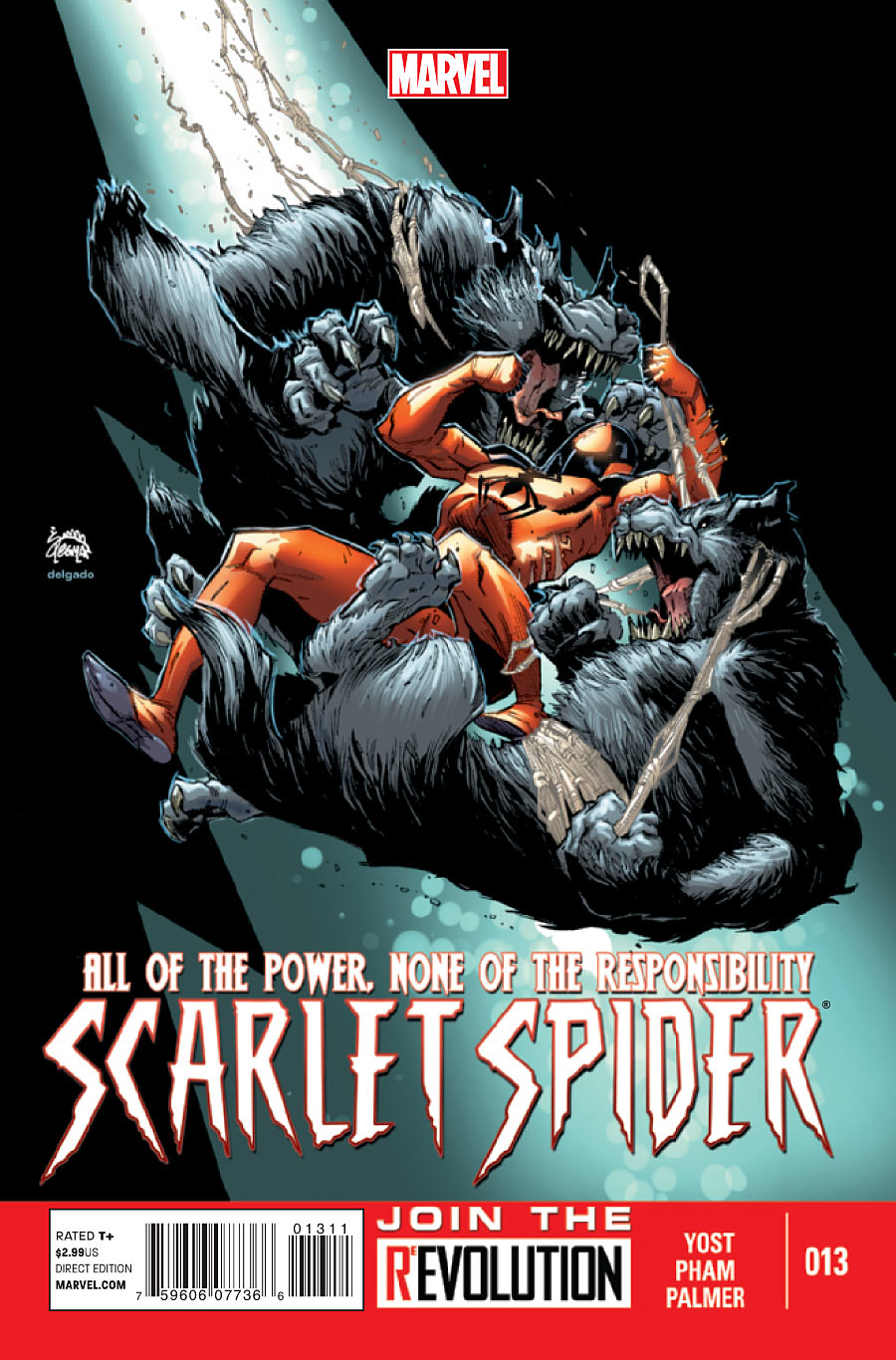 Appearing in "In the Midst of Wolves, Part 1"Edit

“IN THE MIDST OF WOLVES” PART ONE OF THREE

• Brand new arc! Mysteries come to light as a threat from Mexico comes for Aracely, the girl Scarlet Spider saved in issue ONE.

• An old foe of Spider-Man’s returns, the mutant werewolf CARLOS LOBO... and he’s not alone.

• PLUS: What is the secret of Kaine’s new powers? How did he come back to life after the Grim Hunt? The answers begin here, as everything changes for the man called Kaine.

Retrieved from "https://heykidscomics.fandom.com/wiki/Scarlet_Spider_Vol_2_13?oldid=1452084"
Community content is available under CC-BY-SA unless otherwise noted.