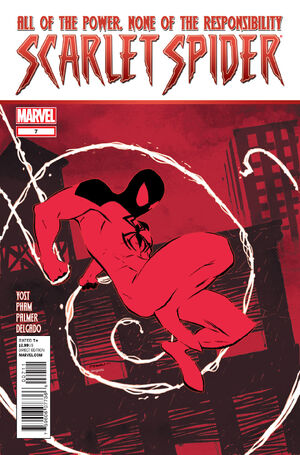 “THE SECOND MASTER” PART ONE OF THREE

• Something terrible is happening in the Gulf of Mexico, building to the biggest Scarlet Spider story yet.

• When Houston based mega-corporation ROXXON is attacked, Scarlet Spider finds himself right in the middle of it… defending ROXXON?!?

• PLUS: Find out as the legendary team of Khoi Pham and Tom Palmer (DAREDEVIL) join Chris Yost for a bold new era of web-spinning excitement in the Mighty Marvel Manner!