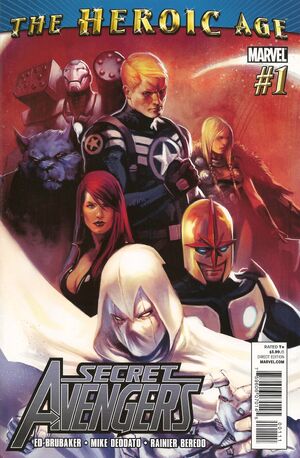 THE HEROIC AGE IS HERE! Who are the Secret Avengers? Are they a covert team of heroes working the darkest corners of the globe to stop disaster? Are they part-spy, part-superhero? Are they XXXXXXX’s newest idea to save the world...or all they all of the above? A new era begins as Marvel's hottest team takes a 21st century twist!

Retrieved from "https://heykidscomics.fandom.com/wiki/Secret_Avengers_Vol_1_1?oldid=1653217"
Community content is available under CC-BY-SA unless otherwise noted.