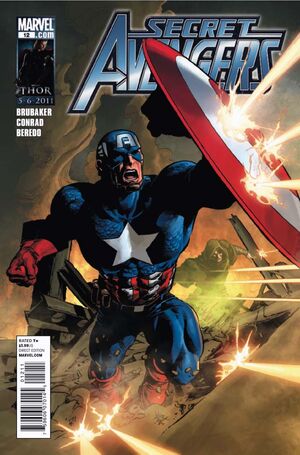 Appearing in "The Trouble with John Steele: Part 2"Edit

Steve Rogers’ old friend and fellow soldier John Steele is working with the Shadow Council against the Secret Avengers and against the world. What dark secret led to Steele’s fall from grace?

Retrieved from "https://heykidscomics.fandom.com/wiki/Secret_Avengers_Vol_1_12?oldid=1651023"
Community content is available under CC-BY-SA unless otherwise noted.