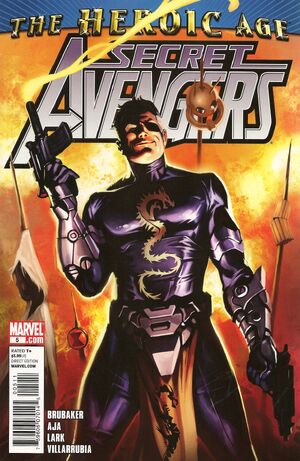 A secret foe has been revealed - or has he? Find out everything you need to know about the OTHER Nick Fury as Secret Avengers continues to explore the volatile landscape of Marvel's new Heroic Age!

Retrieved from "https://heykidscomics.fandom.com/wiki/Secret_Avengers_Vol_1_5?oldid=1724721"
Community content is available under CC-BY-SA unless otherwise noted.