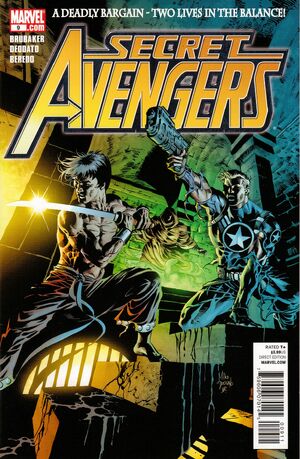 Appearing in "Eyes of the Dragon, Part 4"Edit

Will Shang Chi's father return?! And now that their secret enemy's involvement in his resurrection has been exposed, what will Steve Rogers and his team do to take on the Shadow Council? Brubaker and Deodato keep up the Kung Fu Espionage.

Retrieved from "https://heykidscomics.fandom.com/wiki/Secret_Avengers_Vol_1_9?oldid=1653234"
Community content is available under CC-BY-SA unless otherwise noted.