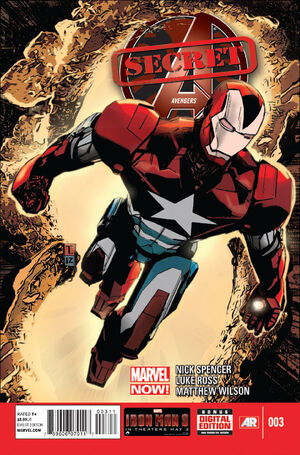 When Daisy Johnson and Nick Fury Jr. were attending a weapons expo, they meet up with Senator Robert Ralston. Daisy notices that one of the items at the expo is the Iron Patriot armor. A.I.M. then attacks the weapons expo which leads to the supposed death of Senator Robert Ralston during A.I.M.'s fight with the Secret Avengers. During the fight, Andrew Forson takes the opportunity to steal the Iron Patriot armor Norman Osborn used in Dark Reign.

• The High Council of A.I.M. launch their first attack – with Quake & Nick Fury caught in the crosshairs!

• Learn the deadly secret of the new Iron Patriot!