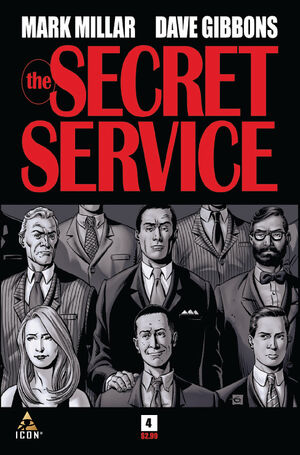 Gary’s experience at spy school has gone south after too much teasing, so his Uncle Jack is taking matters into his own hands. Under Jack’s supervision, Gary begins to show his true colors and receives a great honor--going on a real mission with his uncle.Meanwhile, more secrets come to light about the worldwide disappearances of actors, writers and TV personalities.

Retrieved from "https://heykidscomics.fandom.com/wiki/Secret_Service_Vol_1_4?oldid=1471082"
Community content is available under CC-BY-SA unless otherwise noted.