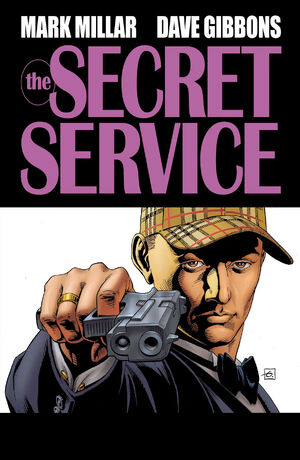 The conspiracy revealed! Gary and Jack begin to learn what’s behind the celebrity kidnappings they’ve been investigating… but that knowledge comes at a price. A raid on Mount Everest begins; the clock is ticking, and the web is beginning to unravel. But who can be trusted when so many prominent figures seem to be involved? It all comes down to this moment, brought to you by legendary creators Mark Millar, Dave Gibbons and Mathew Vaughn.

Retrieved from "https://heykidscomics.fandom.com/wiki/Secret_Service_Vol_1_6?oldid=1471084"
Community content is available under CC-BY-SA unless otherwise noted.