Start a Wiki
Part of the 'Secret Six: Depths' event 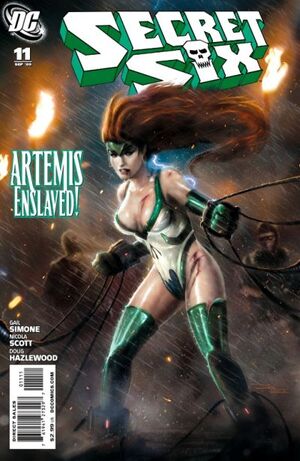 Oh, dear, not slavers! Why, that's almost nearly the sort of kind of barely a little bit about half as bad as the murderders and despots we normally work for!

As the Six become more aware of the intentions of their latest employers, some of them become uneasy, particularly when Jeannette learns that their employers have been trying to break an Amazon.

Retrieved from "https://heykidscomics.fandom.com/wiki/Secret_Six_Vol_3_11?oldid=1457030"
Community content is available under CC-BY-SA unless otherwise noted.