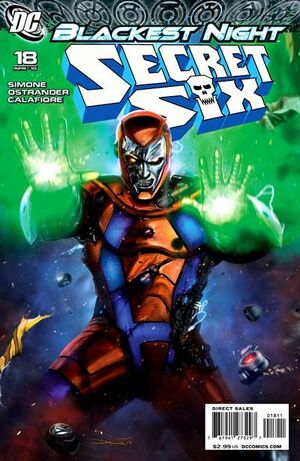 The Secret Six and the Suicide Squad temporarily put aside their differences in an effort to defeat the resurrected Black Lanterns as the House of Secrets burns behind them. Using the Green Lantern power stored within a Manhunter android, Amanda Waller destroys the Black Lanterns...only to get a bullet in the chest from Deadshot as a reward for her victory.