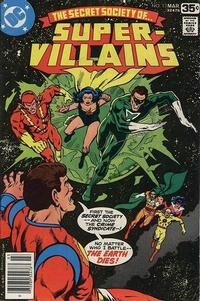 Appearing in "One Earth Too Many"Edit

Synopsis for "One Earth Too Many"Edit

Ultraman and Owlman of Earth-Three are not freed in this episode. It is unclear if they had already escaped or were left behind in the prison.

Retrieved from "https://heykidscomics.fandom.com/wiki/Secret_Society_of_Super-Villains_Vol_1_13?oldid=1457068"
Community content is available under CC-BY-SA unless otherwise noted.