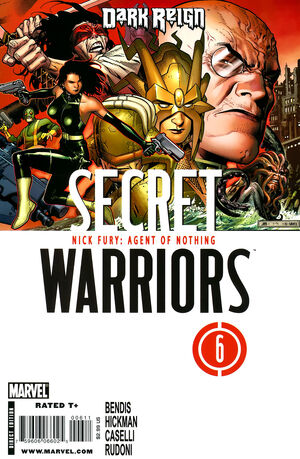 Appearing in "Nick Fury, Agent of Nothing, Part 6"Edit

The shocking conclusion to the earth-shattering first arc of Marvel's coolest new series in years! It's the ultimate Marvel super-hero spy experience. No one is safe! Don't believe everything you've been told! You will be lied to!

Retrieved from "https://heykidscomics.fandom.com/wiki/Secret_Warriors_Vol_1_6?oldid=1726639"
Community content is available under CC-BY-SA unless otherwise noted.