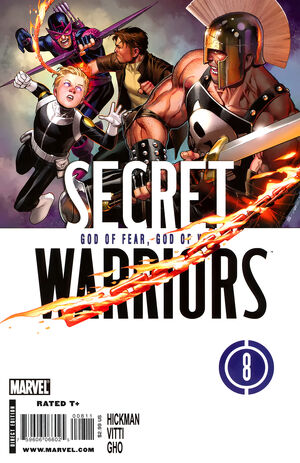 Appearing in "God Of Fear, God Of War, Part 2"Edit

Nick Fury and a long-dormant spy now reactivated continue their top secret mission while the kids get in way over their heads as they go up against members of the Dark Avengers and the Thunderbolts...and while no one else is looking, HYDRA's grand plans continue to unfold. All that and Ares is finally reunited with his son - watch the sparks fly! It's GOD OF FEAR. GOD OF WAR. Part two of four!