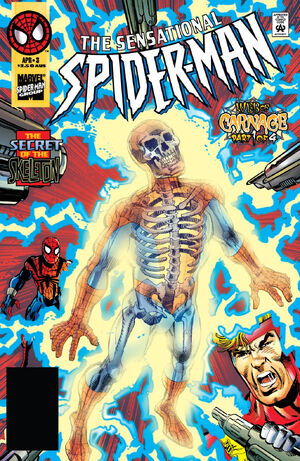 Appearing in "Web of Carnage Part 1 of 4: Headlines"Edit

The psycho symbiote is on the loose— but Cletus Kasady is still locked up in Ravencroft! What gives? This issue begins a four-part blockbuster in which Spidey risks death — and a fate worse than death — to find the answer! Continued in AMAZING SPIDER-MAN #410!