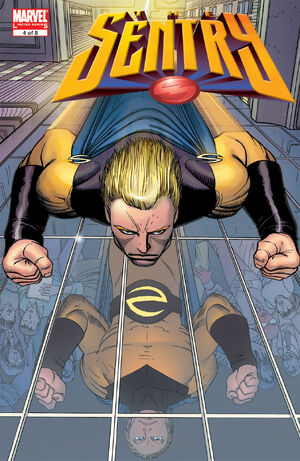 I can't imagine the pressure you're under, doctor, trying to keep me sane before I go off like so many nuclear bombs. Like a million exploding suns.

Retrieved from "https://heykidscomics.fandom.com/wiki/Sentry_Vol_2_4?oldid=1479077"
Community content is available under CC-BY-SA unless otherwise noted.