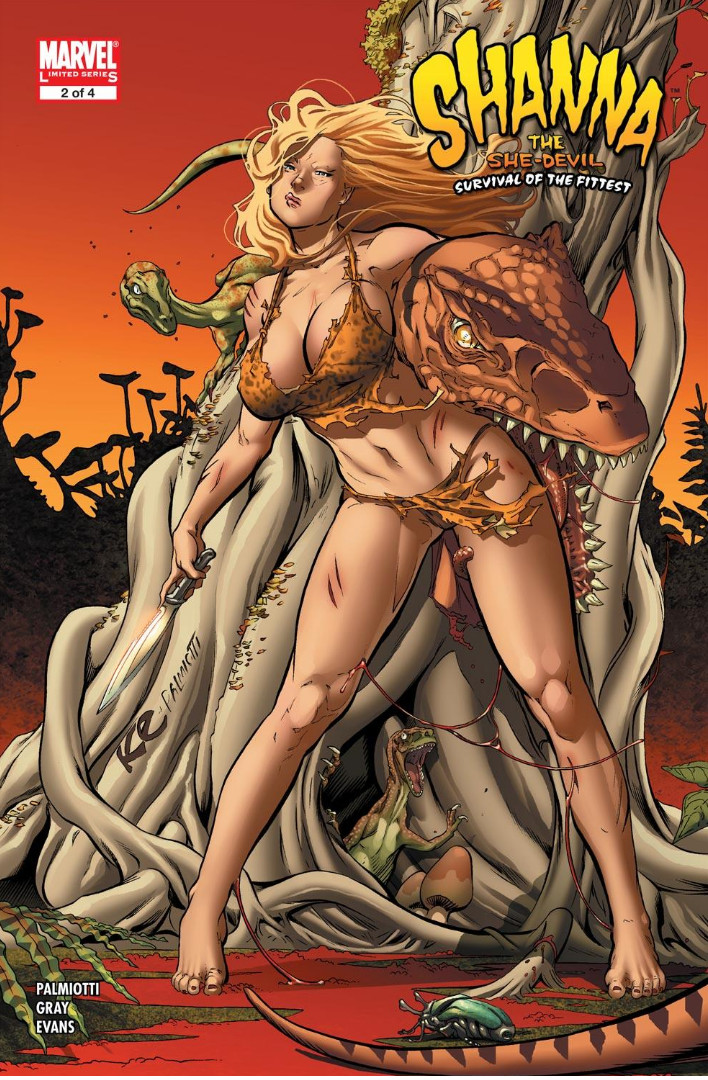 Shanna and some of her new pirate allies are heading towards Xiang's sea plane when they are attacked by a group of dinosaurs. From the safety of their home base, Doc and a few remaining pirates watch as Shanna's team dives into a lake to avoid the dinosaurs only to come on shore and encounter Xiang and his mercenaries. They are able to escape while Xiang's men are attacked by the dinosaurs and they make their way to an underground cave where they discover a lost city with Nazi insignias throughout.

Xiang shows his cruelty by killing one of his injured men so that dinosaurs can't follow the scent of blood and orders his men to follow the pirates into the cave.

While exploring the city, Shanna and the pirates are attacked by hundreds of neanderthal creatures. Gruder is killed, but most of the others are taken captive despite Shanna's valiant fighting efforts. The creatures seem to be eating Gruder, but have spared the women, Shanna and Sid. While the neanderthals are fighting over Shanna, she and Sid escape only to find the rest of their crew are in an arena being forced to fight Saber-tooth tigers for the amusement of the neanderthals. Shanna snaps the neck of a neanderthal, grabs his club, and jumps into the fray.

Retrieved from "https://heykidscomics.fandom.com/wiki/Shanna_the_She-Devil:_Survival_of_the_Fittest_Vol_1_2?oldid=1452650"
Community content is available under CC-BY-SA unless otherwise noted.