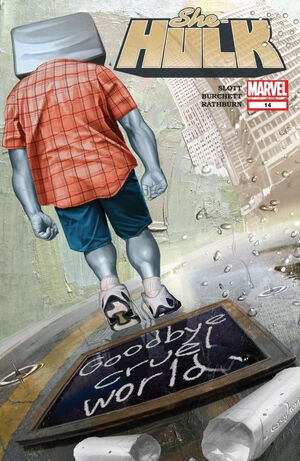 Appearing in "Everything You Always Wanted To Know About Awesome Andy But Were Afraid To Ask."Edit

Retrieved from "https://heykidscomics.fandom.com/wiki/She-Hulk_Vol_2_14?oldid=1547132"
Community content is available under CC-BY-SA unless otherwise noted.