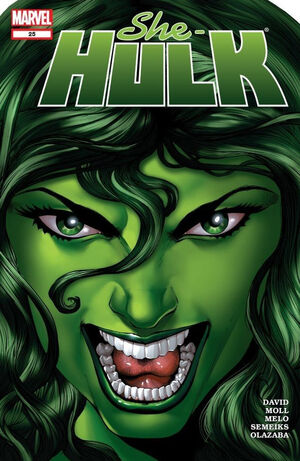 And because being a hero just gets people killed. Yourself. Other heroes. Even innocent bystander. Do you understand now?

Synopsis for "Beasts of the Field"Edit

Synopsis for "What the hell is going on with her comic book?"Edit

Retrieved from "https://heykidscomics.fandom.com/wiki/She-Hulk_Vol_2_25?oldid=1503797"
Community content is available under CC-BY-SA unless otherwise noted.