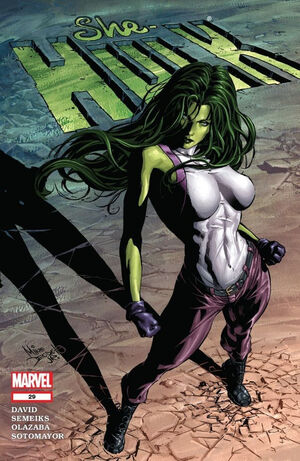 But spending so much time in jail lately, it makes me wonder-- (...) If I wasn't just trying to punish myself.

Retrieved from "https://heykidscomics.fandom.com/wiki/She-Hulk_Vol_2_29?oldid=1452707"
Community content is available under CC-BY-SA unless otherwise noted.