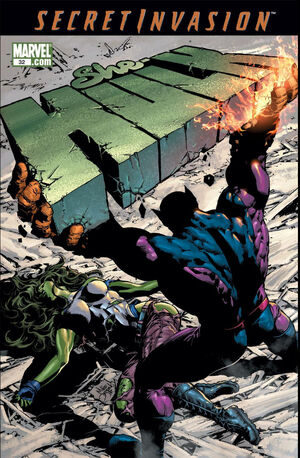 You share the same weakness as most of your ilk, She-Hulk. You are far too much in love with your own voice.

Retrieved from "https://heykidscomics.fandom.com/wiki/She-Hulk_Vol_2_32?oldid=1452710"
Community content is available under CC-BY-SA unless otherwise noted.