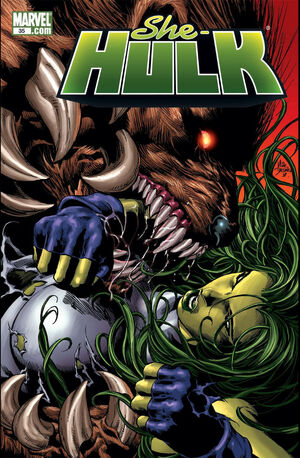 Jennifer...this president of theirs is a cruel dictator with the blood of thousands of his people on his hands. When you are alone with him...reach into your savage heart...and end him.

Retrieved from "https://heykidscomics.fandom.com/wiki/She-Hulk_Vol_2_35?oldid=1489002"
Community content is available under CC-BY-SA unless otherwise noted.