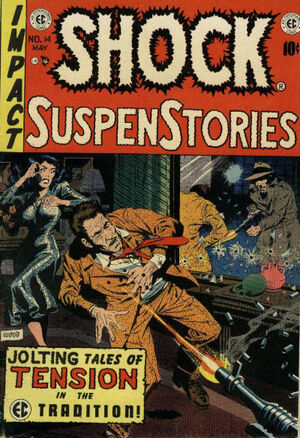 A little girl murders her drunken father and frames her uncaring mother for the crime so that she can go live with her nice aunt.

A bigot murders his own daughter when she marries a Mexican.

A story told in first person about the victim a hypnotist picks to do his dirty work for a killing after his wife leaves him for another man.

Appearing in "As ye Sow"Edit

Synopsis for "As ye Sow"Edit

A husband hires a contract killer to trail his wife and murder the man she meets. The woman reconsiders her affair, decides to call it off, and returns to her husband. The husband is glad to have her back before he remembers what he's done. He sees the figure in the door and the flash of the gun. The last thing he ever hears is his wife begging him not to die.