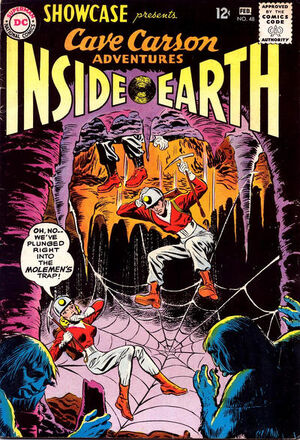 Appearing in "Killers of the Dead-End Maze"Edit

Synopsis for "Killers of the Dead-End Maze"Edit

Cave Carson encounters cave paintings depicting his team in danger, which abruptly come true as he and his band are attacked.

Retrieved from "https://heykidscomics.fandom.com/wiki/Showcase_Vol_1_48?oldid=1457683"
Community content is available under CC-BY-SA unless otherwise noted.