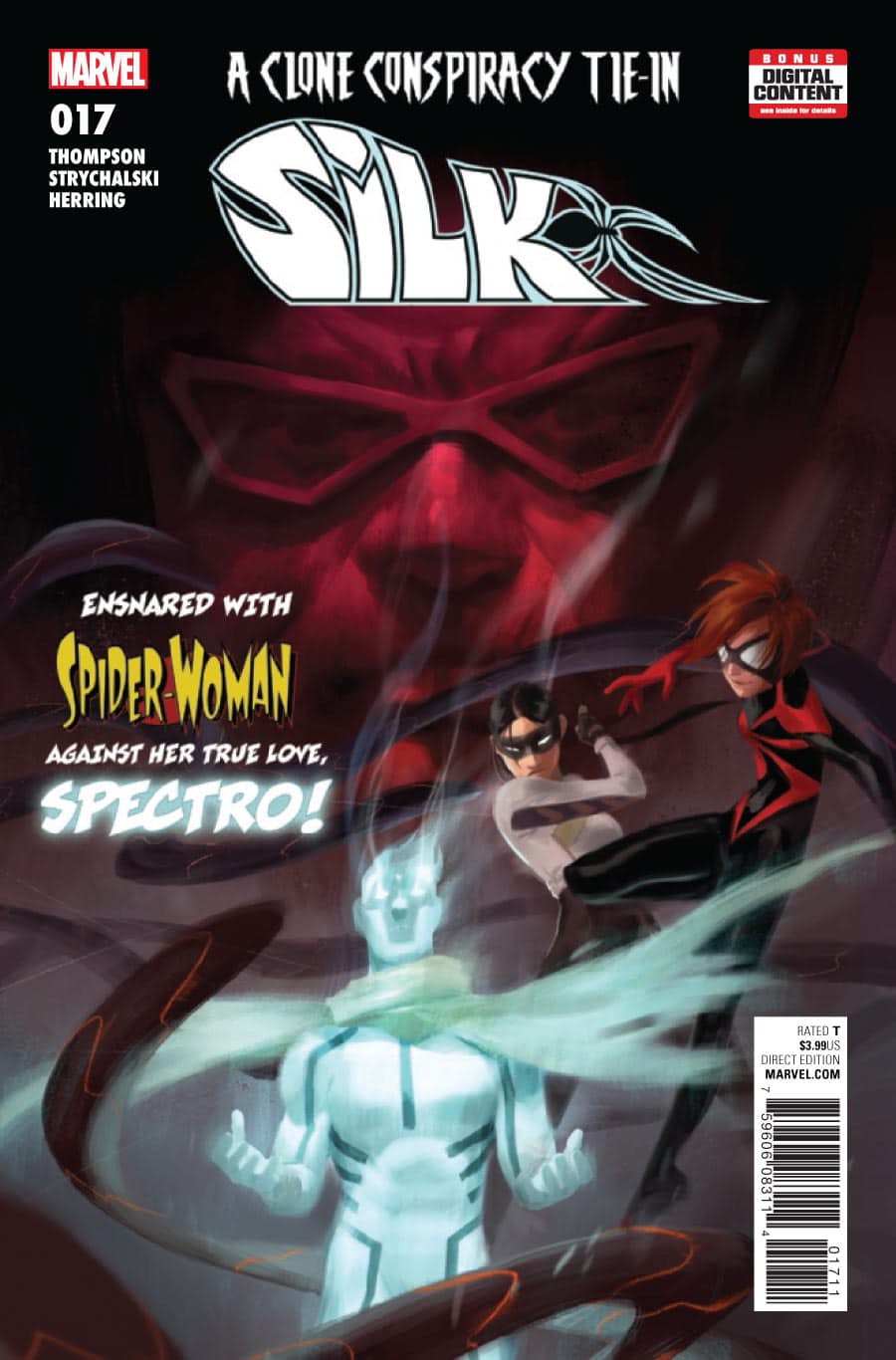 • Cindy Moon is still on the West Coast, operating as SILKWORM to protect her secret identity.

• But the Jackal’s nefarious operations have started to hit close to home when Cindy’s ghost-powered and sometimes-boyfriend Hector (A.K.A. SPECTRO) gets caught in the middle!

• Fortunately, Mattie Franklin, the original Spider-Woman, is alive and well again, and happy to lend a hand… or six!

Retrieved from "https://heykidscomics.fandom.com/wiki/Silk_Vol_2_17?oldid=1652413"
Community content is available under CC-BY-SA unless otherwise noted.