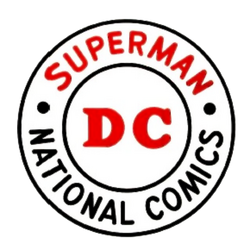 The Silver Age is the informal term applied to a specific period of comic book publishing history. Following the Golden Age era, DC's Silver Age is largely recognized as beginning with the introduction of the Barry Allen incarnation of the Flash in Showcase #4.

However, there are several other characters commonly associated with the Silver Age that actually predate the Flash. Science-fiction adventurer Captain Comet debuted in 1951 in the pages of Strange Adventures, and the Martian Manhunter made his first appearance in 1955 (a full year before the Flash) in Detective Comics #225. Although the Martian Manhunter is technically the first super-hero exclusive to Silver Age era publishing, comic historians generally give that honor to the Flash.

With the popularity of the Flash's revamp, Julius Schwartz (who had written that character's new appearance) was enlisted to usher in the new era with revamps to other established characters such as Green Lantern, Hawkman, and Atom.

DC Comics enthusiasts typically cite that the Silver Age era ended with the 1985-86 crossover maxi-series, Crisis on Infinite Earths. The Crisis signalled not only the end of an era, but also an universe-wide reboot of the internal history of most of DC's major projects. Many characters and events that are germane to the continuity of Earth-One are said to be relegated to the Silver Age.

Retrieved from "https://heykidscomics.fandom.com/wiki/Silver_Age?oldid=1525869"
Community content is available under CC-BY-SA unless otherwise noted.