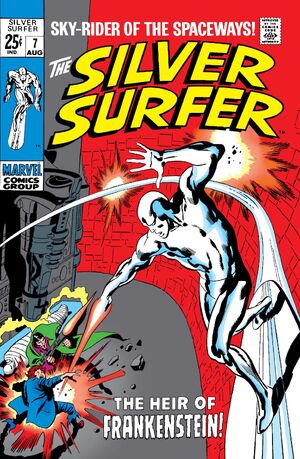 Appearing in "The Heir of Frankenstein"Edit

Synopsis for "The Heir of Frankenstein"Edit

Synopsis for "I, The Gargoyle"Edit

This story was recreated from Amazing Adult Fantasy #12, with the Watcher added as a host.

Retrieved from "https://heykidscomics.fandom.com/wiki/Silver_Surfer_Vol_1_7?oldid=1632033"
Community content is available under CC-BY-SA unless otherwise noted.