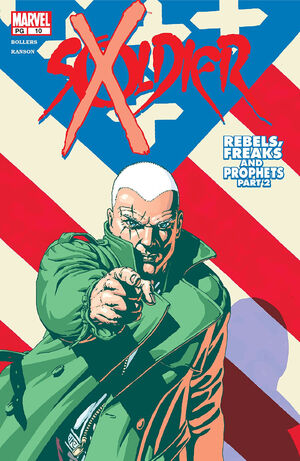 I know, I know... I don't have a power as colorful as teleportation or razor sharp claws... but still, rallying hundreds who are willing to kill and be killed upon my say-so isn't as easy as it looks.

Retrieved from "https://heykidscomics.fandom.com/wiki/Soldier_X_Vol_1_10?oldid=1453151"
Community content is available under CC-BY-SA unless otherwise noted.