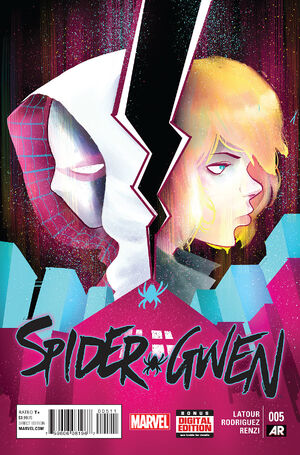 Appearing in "Most Wanted? Part Five"Edit

• Still haunted by the death of her world’s young Peter Parker, Gwen Stacy pays a visit to the two people who knew him best.

Retrieved from "https://heykidscomics.fandom.com/wiki/Spider-Gwen_Vol_1_5?oldid=1652325"
Community content is available under CC-BY-SA unless otherwise noted.